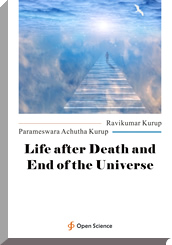 Introduction
An endosymbiotic actinidic archaea and viroid mediated model of quantal perception and biological reincarnation is presented. The endosymbiotic actinidic archaea and viroids have got axonal and transynaptic transport functioning as biological neurotransmitters. The human brain can be compared to a well organised modified archaeal biofilm with archaeal derived viroids serving as messengers. The actinidic archaea with its magnetite can mediate quantal perception and store biological information. The actinidic archaea are eternal and the biological information stored in archaeal magnetite quantal computers may serve as a store of biological information in nature. The actinidic archaeal magnetite mediated quantal perception also forms the basis of the collective unconscious. This can mediate the mechanism of reincarnative memories. The actinide based nanoarchaea can regulate the earth’s carbon cycle by methanogenesis, nitrogen cycle by ammonia oxidation and rain formation by contributing the seeding nucleus. The earth’s temperature and global warming and cooling are regulated by nanoarchaeal synthesized PAH from cholesterol and methanogenesis. The archaeal synthesis of PAH and methane may be the principal contribution to global warming. Global warming and pollution are pivotal inducers of evolutionary innovation. Catastrophic evolutionary cycles may be related to extensive nanoarchaeal growth in the ocean beds. The increased nanoarchaeal growth in ocean beds and soil leads to increased methane production and movement of the earth’s crust producing tsunamis and massive earthquake leading to catastrophic mass extinction. The eternal nanoarchaea survive and start the cycle of evolution once more. The actinide based nanoarchaea regulates the human system and biological universe.