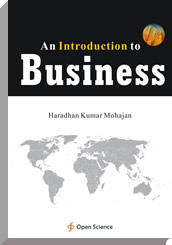 Introduction
This book discussed some selected chapters related to the commerce. In the 21st century the world faces difficult challenges in economic development, global climate change and sustainable development. This book will be partial helpful to the readers of the related field.

The microfinance system of Grameen Bank is a revolutionary tool to eradicate poverty of the rural people especially the women of Bangladesh. At present Grameen Bank is the largest microfinance bank in Bangladesh and probably the biggest microcredit organization in the world. Green finance is considered as the financial support for green growth which reduces greenhouse gas emissions and air pollutant emissions significantly. Capital structure decision is important for companies because it helps to increase firm value by ensuring that the company has enough resources to carry out planned investments using as much as possible the cheapest cost of capital. It therefore involves choices between the different sources of capital such as debt, equity and hybrid capital. The study determined that morale and job satisfaction plays a vital role in overall performance of the employees in the workplace. The study also determined that social status, supportive colleagues and feeling secure about the job were the top three best reasons for working in the banks. There are several evolutionary stages in the development of university-industry collaboration, which embrace unstructured to fully structured and complex modes, the paper identifies five stages: (i) ad hoc collaboration at an individual level, (ii) development of internal support structures, (iii) creation of autonomous support structures, (iv) setting up of individual enterprises and (v) national and transnational networking.

Author(s)
Haradhan Kumar Mohajan
An Assistant Professor at Premier University, Chittagong, Bangladesh. He received his Master Degree in Mathematics from the University of Chittagong and M. Phil in Theoretical Physics from the same University. He has submitted his PhD Dissertation in Mathematical Economics and Social Science in January 2012 in the same University. He has 63 published papers in the reputed journals. He has also 17 published books and 1 book to appear. He is a member of American Association of International Researchers (AAIR) and advisor of Hasnabad Graduate Forum. He is also the reviewer of many reputed journals.

Readership
Core audiences of the book are researchers of under graduate and graduate programs. The common students can also read the book. The market of the books is worldwide but the readers of the developing countries will be gained more from the book. Some common people who are related to the field can read the book.
CONTACT US